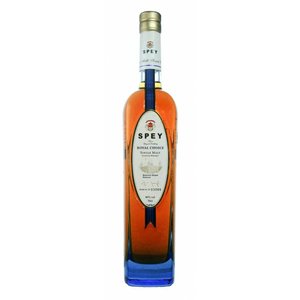 In 1815, when Lord Byron married Annabella Milbanke at Seaham Hall, he gave a cask of 'SPEY' whisky to King George III as a gift. The royal connection to SPEY whisky has continued in other ways, including this single malt from the Speyside Distillery - the SPEY Royal Choice. It was produced exclusively under licence for the charity Historic Royal Palaces, and features an image of the Tower of London on the label, as well as some classic Royal Blue. This deluxe single malt is presented in a handsome, wooden presentation box.