Martinique has long had the reputation of having the best terroir for sugar cane growing , long before Homère Clement had the imaginative idea to pressure sugar cane to produce Rhum Agricole . Domaine de l'Acajou was bought in 1887 at the height of the sugar crisis. The introduction of sugar beets and the increasing availability of cheap South American sugar lead to the collapse of the Martiniquean sugar commerce.

As a result, the local economy, which was driven by the cash crop principle of sugar, was in shambles. Many planters were out of work and took to the streets to riot against the bankrupt plantation owners. What was once a rich and vibrant island soon became mired in economic despair. At this time , Homère Clement was a very popular member of the Martiniquean community and the mayor of Le Francois . He bought the prestigious sugar plantation known as Domaine de l' acajou just 3 kilometers from the center of Le Francois. This 43 hectare estate was considered one of the best sugar plantations on the island of Martinique . But as it was stuck in a poor and stagnant sugar economy, it was unfortunately forced into bankruptcy.

Homère Clement made the necessary investments and transformed one of the island's most prestigious sugar plantations into a world-class producer of Rhum Agricole. He had the planters returned to the fields to harvest sugar cane again , but not to refine sugar . His idea was to extract its quality well grown sugar cane from the first pressed aromatic and flavorful sugar cane juice to distill pure rhum . Inspired by the enjoyment of great brandy while studying in his early years in Paris, Homère imitated the great distillers of Armagnac in southwestern France to perfect its method of rhum production known today as Rhum Agricole.

Habitation Clement soon became the Mecca of Rhum Agricole and today receives an average of 160,000 thousand spirit enthusiasts and rum aficionados each year who visit the distillery and taste barrel samples in the cellars . Habitation Clement offers an experience for everyone. The culture is rich and many people come to spend quiet time visiting the botanical gardens of Habitation Clement , passing the cellars loaded with barrels of rhum with the smell of rum evaporating in the sky , taking a tour of the house in the classic Creole antiques and architecture, visit brand new galleries located in refurbished rhum cellars as well as tour the museum of Rhum Agricole, which symbolizes the rich cultural heritage of how Rhum Agricole came to be at Rhum Clement and in Martinique. 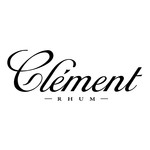