William Mitchell, a farmer from Cambeltown, built his own distillery in 1872 after an argument with his brother. He named the distillery Glengyle. He already had experience as a whiskey distiller through the collaboration with his brother John, together they owned the Springbank distillery. In 1919 he sold the distillery to Highland Distillers Ltd. who closed the distillery due to the deteriorating economy and the last stocks were sold on April 8, 1925. In 1940, the existing buildings were leased to the Campbeltown Miniature Rifle Club, which installed a firing range. The name Kilkerran comes from the Gaelic, "Ceann Loch Cille Chiarain" and means the place where the originally Irish monks of Saint Kieran settled in Campbeltown. In 1957, Campbell Henderson Ltd. made an attempt to reopen the distillery, which unfortunately failed. In 1979 the distillery was dismantled and the building became the sales office of the Kintyre Farmers Cooperative. One of the warehouses was even converted into a garage. 75 years after the last spirit production at the Glengyle distillery, in November 2000, Mr. Hedley Wright founded the new Mitchell's Glengyle Limited. The intention was to start a completely renewed Glengyle Distillery. Hedley Wright is the great-grandson of William Mitchell, founder of the Glengyle distillery and also director of the J&A Mitchell & Co Ltd. the owners of the Springbank distillery. In February 2001, the renovation and furnishing of the distillery started. Stills in excellent condition were bought from Ben Wyves. In May 2003 the technical installations were installed. In January 2004 the washbacks made of larch wood (30,000 liters each) were installed and the millroom was also completed again. In May 2004, the first new make spirit was launched. As of January 2013, all Glengyle business has been legally detached from Springbank and transferred to the newly formed firm of Mitchell's Glengyle Ltd. 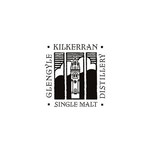